How I learned about customer value 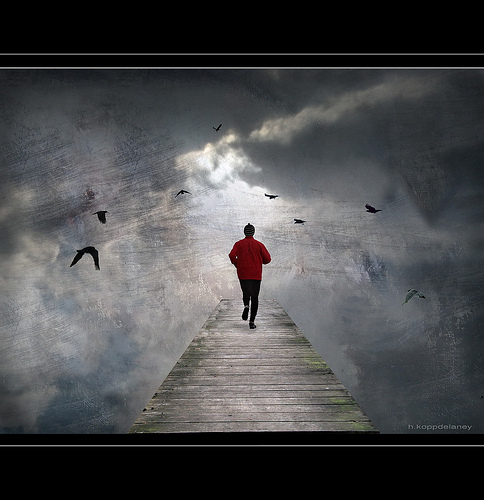 The article do users change their settings remembered me about a program I wrote as a student. I created a tool to categorize my expenses similar like Yunoo a.k.a. Afas Personal. This was however a local application. Why the heck should you share your finances on the internet? But let me go back to my memory. At the time I started building the application I did a little bit of research if there was this kind of software available. Sure there was, I just thought it didn’t look nice so I build it myself using Swing (I do know better now ;-)). I was just a little bit overconfident and suffered from the NIH syndrome.

Basically the application enabled me to download a file with all my transactions, load it to my program and categorize my expenses. I even created some rule engine like thing to categorize recurring transactions automatically. All these transaction are then shown in a JTable structure. The program also included budgeting, reports, some graphs, etc.

Back then I didn’t like how the information was shown in the transaction overview. There was too much information shown and it was shown in the same order as was used by the import file. So I made this table structure configurable. The configuration made it possible to hide columns and rearrange them. Also I created some ways to edit the configuration and store it into an XML file (it was the common fashion back then). This change resulted in al lot of work. I needed to create file handling & XML parsing code. But the main issue was that I used the UI as the (view) model.

Every transaction had an id which was shown in a column. It was quite easy to create the logic to find the transactions id as long as the id column was shown. If it wasn’t shown however it was not possible to match a row in the table to any transaction stored in the database. This was especially difficult because every other column may or may not be visible. So I created a view model that made is possible to find the transaction corresponding to the data shown in the UI. Because I wasn’t used to writing automated test (as everyone knows a real programmer doesn’t test), it took quite a while to create the model, hook it up to the interface and make it configurable. I think I spent at least some 40-60 hours on this feature. When I was done I was pretty proud as a developer that I was able to create this feature.

As the only customer of the product I wasn’t happy though. Yes the new feature improved my application a bit. But it didn’t help to support the main goal of the application: getting more insight in my expenses. The day I realized this I was pretty disappointed. If I look back now I learned a lot about customer value by making this (classic) mistake. This is also why I keep emphasizing customer value in the Agile/Scrum team I’m part of. By the way I learned a lot more by building this toy project. I still have all the sources of the program & I use it from time to time to experiment with new languages (I have some Scala classes that mimic the original functionality in Java), new practices and new IDE’s. As a software developer I think every other developer should have toy projects to experiment and improve his/her skills and become a craftsman.

Now I’m using an off-the-shelf product to categorize my expenses and make budgets. Sometimes I still have that nagging feeling that I could make a better program than the one I bought. I learned however that if I’m going to build this thing I need to spend a lot of time to have the same capabilities I like in that product and I think I can spend my precious time more effective.

Study the past if you would define the future.