A long overdue update from my side. As mentioned in previous post I got married last year. Next to that this year we welcomed a newborn daughter. So my life changed a lot the last 12 months.

Update on my path to financial independence

We saved a bit less than the goal (25%) of last year, this is basically due to buying a nursery and all other things for my daughter. However having a young daughter compensates for that a easily. The Savings as percentage of FI goal basically hit the goal as the stock market was pretty good. Ignoring any market changes and interest it would take approximately 36 years to be financial independent giving the total savings of last year. The goals for this year are a bit more modest compared to last year. It should be possible to reach the 20% savings rate and that would result in reaching 18% of my set FI goal.

Has another year really flown by? My Calendar definitely says yes. So it is time to look back at 2015 and make plans for 2016.

Good things I want to continue

As you probably can see from my previous posts I somewhat obsessed by my personal finance situation. At least that is what other people in my environment tell me. For me I just like numbers statistics, in other words I’m a nerd and I’m perfectly happy with that. In the beginning of 2015 I made plans to be financially independent in approximately 25 years. I was able to stick to this plan since I made it. I won’t go in the details here (sounds like worth a post of his own). Some people in my environment tell me this is impossible, maybe this is true but planning for it makes me at least in the less dependent on my job in the future.

In the beginning of the year I had a job quite far from home. I was lucky to find a job with more responsibilities closer to home. Details about this you can find at my LinkedIn profile. I love this job and hope I’m able to keep it the coming year.

Things I want to improve

One thing I totally failed at in 2015 is blogging. If I look at my post list for 2015 it tells me there are exactly 0 posts so far. So the plan for 2016 is to have a monthly post. Not sure what the content will be, but in this post at least I found 1 subject to explore.

In 2015 I was very busy with my job and lots of other stuff that was really important. I totally forgot to sharpen the knife. So in 2016 I need to spend more time and effort on learning new things. This includes professional skills and personal skils.

Yes I was busy and I totally forgot about my photography hobby. I made some nice pictures, but not nearly enough if you look at the fun it brings me.

So there are some things to improve on as I mentioned in my review of 2015: Blogging at least once a month, learn new things like exploring the topic of machine learning, spend at least 1 day a month making very nice photos

The biggest plan however is to marry my girlfriend. This will not only affect 2016 but probably the rest of my life. After being together for more than 10 years I feel this is the best way forward. This will affect my plans for being financially independent in a negative way and will cost a lot of time planning that could harm my other plans but I think this is totally worth it.

Is income equality in companies a key to success?

In the talk by Richard Wilkinson he speaks about the correlation that was found between (in)equality in countries and their performance in healthcare etc. Bottom line: in the developed world countries with more equality have a longer life expectancy compared the more unequal countries. The inequality metric is a good indicator for many more “good” things. Correlation is of course not causation, but he also mentions some possible reasons why it could be causation.

Searching for some answers to the question I found an article saying that the CEO of a company should earn about 20 times the salary of the lowest paid worker. I think CEO is probably too limited as well. Does somebody know research that hints towards correlation between equality and company successes or maybe the opposite?

Developer certificates are similar to triple A ratings 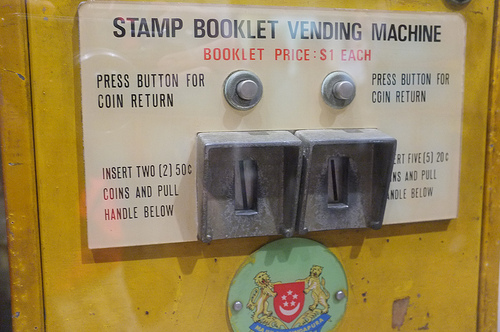 Maybe it is a far-fetched comparison but to me developer certificates (e.g. the Sun Java Certified Programmer) are quite similar to the triple A ratings issued by companies like S&P. Let me try to explain why I think they are similar.

Basically a rating or certification agency does some quality checks for you. Banks are outsourcing the risk assessment of certain financial products to the rating agencies. I think banks should always check the risks of the product they are buying themselves. Software companies use the developer certificates to outsource the quality checking of a (potential) new employee. And if I was the person who was hiring people I wouldn’t even think about outsourcing this pre-employment check.

By outsourcing these checks we explicitly trust trust the companies providing the service. Initially this makes sense, especially when you are an HR person who doesn’t know the details about the job a potential employee has to do. The problem however is that the certification agency benefits most if they check as many people as possible with the least possible effort. Also a developer pays for his certification resulting in the situation that the developer is the main customer of the certificate authority. I don’t think we should trust the agencies blindly. This is of course similar to the situation of the rating agencies (like discussed after the USA downgrade by S&P).

So are certificates useful? I agree with Martin Fowler’s article: CertificationCompetenceCorrelation. Bottom line: He hasn’t found a correlation between certification and competence, but it may have a economic value for the developer.

He that is good for making excuses is seldom good for anything else.